The existing awning for Grandaisy Bakery was torn and weathered. The small business owner approached Laura Heim Architect to assist in the design for new signage as the shop is located on West 72nd Street in the Upper West Side Historic District. It was required to meet not only all NYC zoning requirements but also the guidelines of the Landmarks Preservation Commission. Several studies were completed and reviewed by the Landmarks Commission staff to replace the canvas awning and sign with a new metal sign which worked within the historic signage band as shown in the designation report photos. In addition to the storefront signage, a new charming projecting round sign was approved which is visible when approaching from the West 72nd Street Subway station. The process of design included detailed research into all the regulations existing for NYC signage and particular landmarks requirements for signage in this prominent streetscape location. 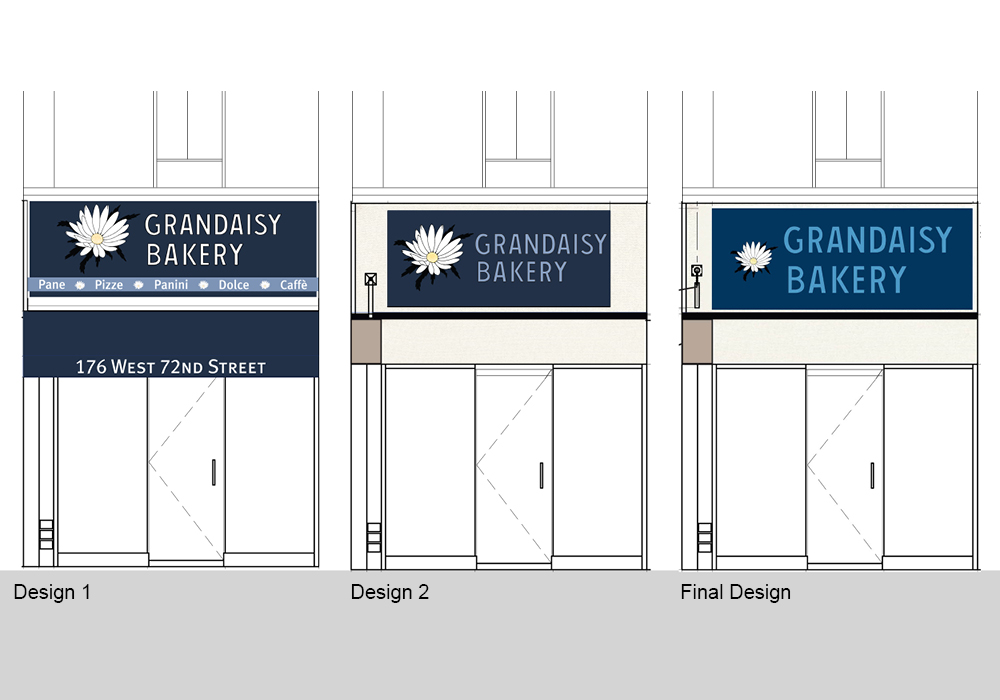